After coming back from LA, my dad, brother, and I went for a quick camping/off-road trip to Hollister Hills SVRA. We had originally planned on going out to Big Sur this week, but we didn’t think we’d make it out to the camping spots with enough daylight left. Good decision as we arrived at Hollister pretty late in the afternoon. Just having enough time to get setup and cook some dinner. Our dad isn’t one for dispersed camping so this definitely geared towards him, but we still had the ability to hit some trails.

One addition we made to our camp gear was the Camco Big Red Fire. It was a really good investment especially with all the fire bans we’ve been having here in California. It also doubles as a grill which is awesome. Thanks Mark for the recommendation!

Processed with VSCO with s3 preset 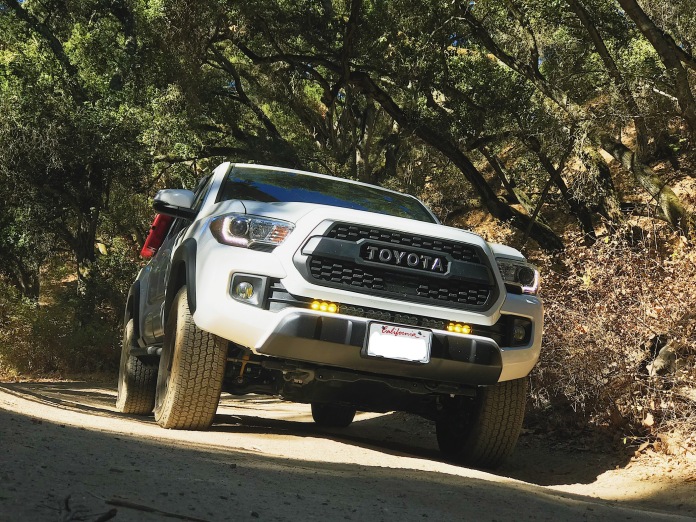 Processed with VSCO with s3 preset

Hitting the Green trails were too easy so we decided to hit a few of the Blue Diamonds. The truck handled pretty well until we made the wrong turn up a hill. We were at a pretty steep incline and no more trail to move forward. Naturally I thought I would just turn around, but we didn’t have enough space to complete the turn. The sand was extremely loose and then we got the hitch stuck and on two wheels. Very scary experience, but we managed to get ourselves out with the rear locker and going back up the hill a bit. After getting unstuck we proceeded to reverse the previous section to a point which wasn’t at such a high grade. Traveling without another rig or any other recovery gear other than a shovel tested our abilities. We had to take it slow, assess the situation and regroup. After this trip I invested in a set of Maxtrax just incase.

View all posts by Jeff P

adventures of coco.
COCO is the truck. A 2018 Toyota TRD OR Owned and explored with Lilian and Jeff.